The SETS coordinator brought last weekend a visit to Friesland, a province in the far North of the Netherlands where strong traditions are still alive. She was impressed by the culture and the unity between the people.

Pieter Bult, the president of the Dutch Fierljep Bond showed her during three days the heritage of the region. Pieter is born and raised in Friesland and as passionate practitioner of traditional "Fries" sports, he was the best placed man to show her around.

One of the striking features was that everybody still speaks the local language "Fries" or "Frysk". It is  recognised as an official language in the Netherlands.

The highlights of the weekend were definitely the visit to the traditional sport competitions: kaatsen, fierljeppen and skûtsjesilen.

Kaasten is probabbly the most practised traditional sport. It's a ball game played between two teams out of three members. While the first team serves, the other team has to return the service as far as possible. 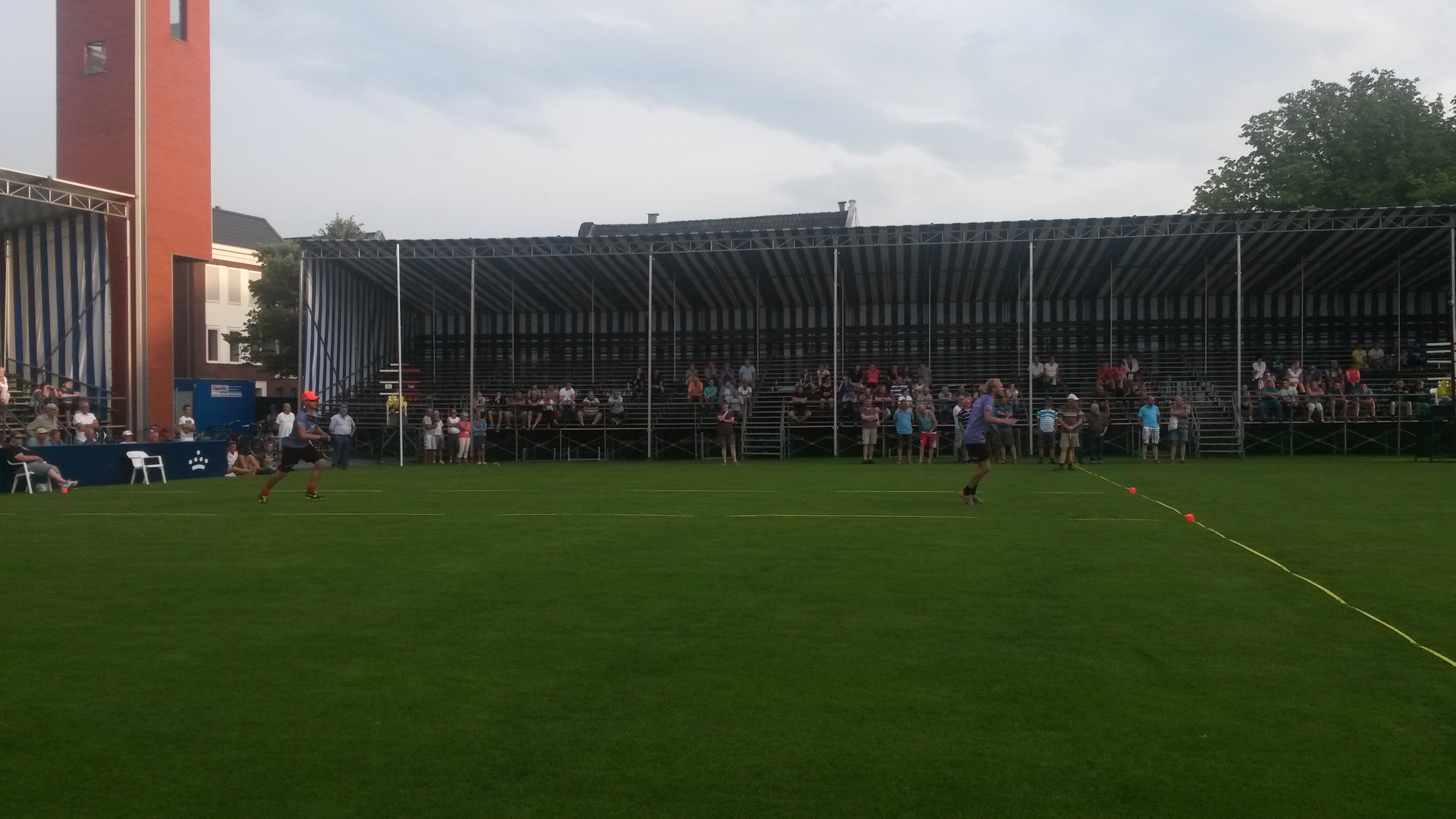 Figure: Kaasters ready to return the serve of their opponents.

The second sport I could witness is skûtsjesilen. It's a technical teamsport in which 10 to 14 crew members are sailing a 100 year old sailship or "skutsje" on small water. The competition occurs every day during three weeks between 14 ships, which must meet the traditional requierments of a "skûtsje. Every day after the race a traditional "Fries" folk festival takes place. 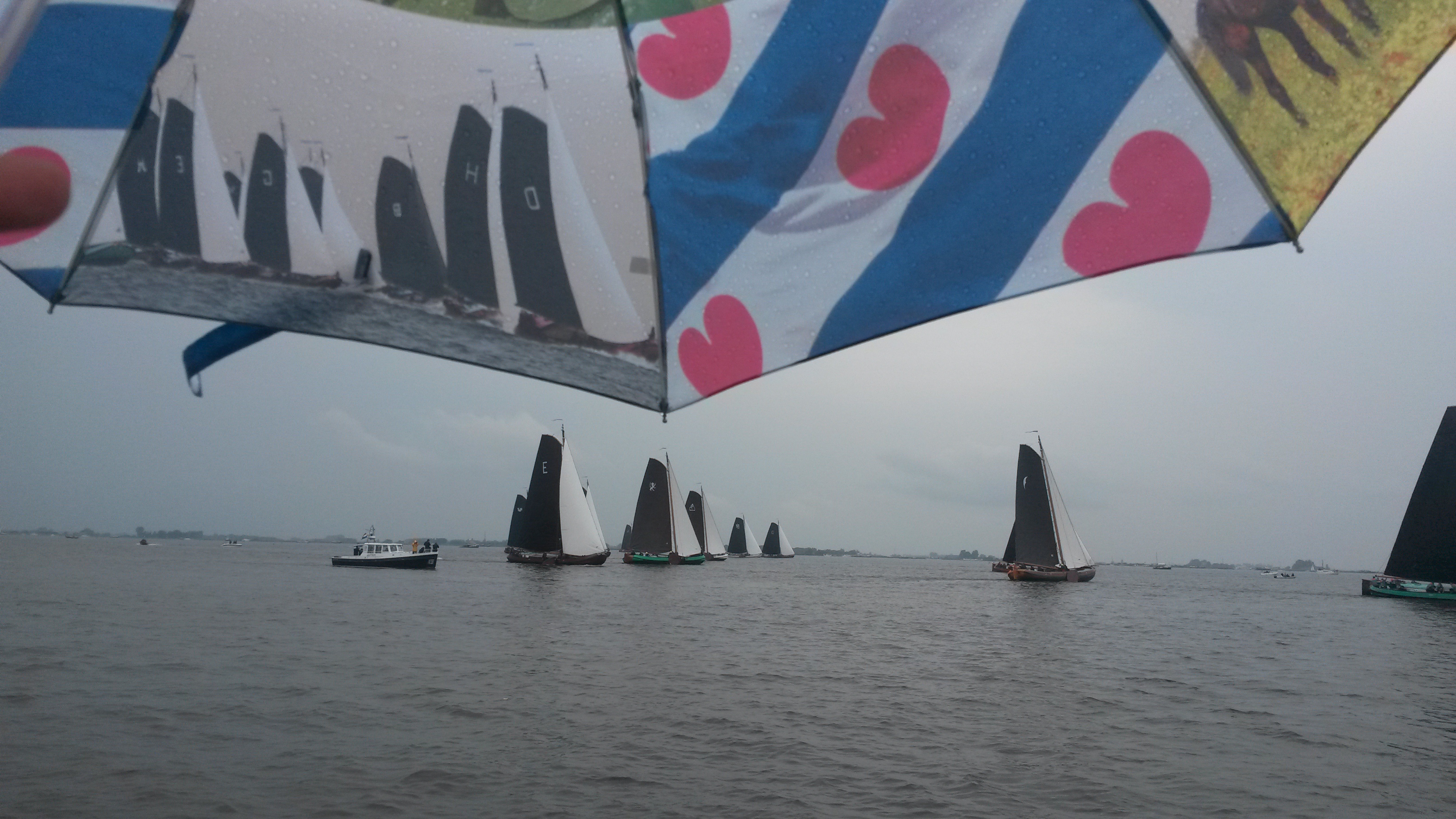 Figure: Sceneray of the race from the waterside.

The last sport on the agenda was Fierljeppen. The goal of the sport is to jump over the water with a pole. Skills as coordination, strength, and condition are really important. The fierljepper who jumps the furthest wins the competition. 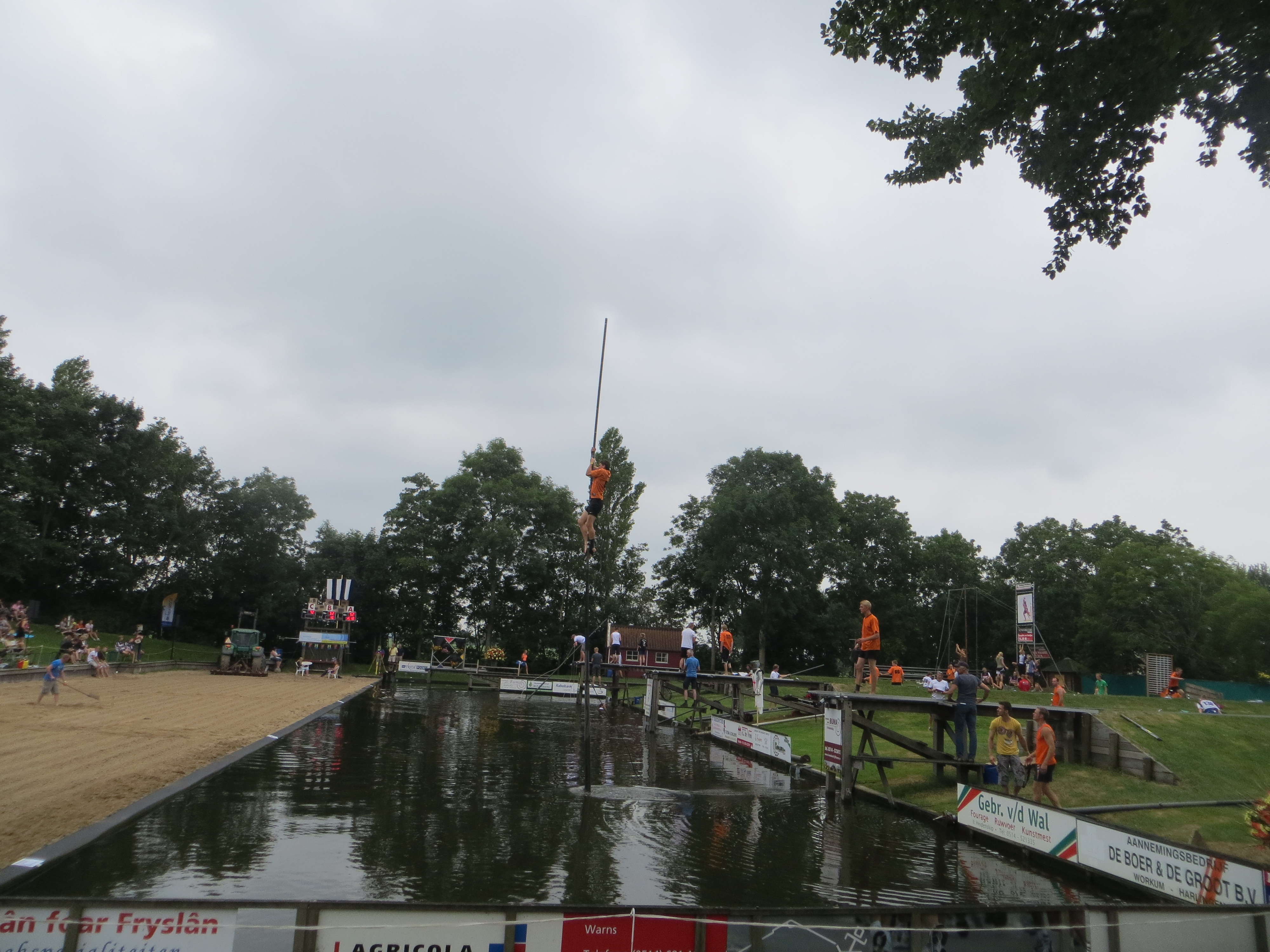 Figure: A fierljepper who climbs upon the pole, trying to cross the water as far as possible.

According to the SETS coordinator is trying one of these sports highly recommended and absolutely fun !